Ask the Expert: What's the Deal with Reverse Mortgages

Reverse mortgages have a reputation for being financially harmful to seniors, mainly because people were able to take out a reverse mortgage even if it wasn’t a good fit for them.

In 2015, the federal government updated the rules surrounding Home Equity Conversion Mortgages (HECM), the only reverse mortgage insured by the U.S. Federal Government. What do the updated rules mean for today’s seniors who want to use their house to help fund retirement?

We asked Shelley Giordano, chair of the Funding Longevity Task Force, to shed some light on the issue.

Why have reverse mortgages gotten a bad reputation?

In the past, people would often take out reverse mortgages and use their equity at the outset without being in a position to pay taxes and insurance on the house. That type of behavior causes a technical default—in any mortgage if you don’t pay your insurance and taxes you default. You can imagine how devastating that is to someone who’s older and can’t rely on their own labor for income. That type of situation gave the whole reverse mortgage industry a black eye.

There are also just a lot of misconceptions surrounding a reverse mortgage. The four most common are:

How have the rules changed to address some of the issues with reverse mortgages?

Starting in April 2015, people who apply for a HECM must demonstrate they are both willing to and capable of making their tax and insurance payments. There’s a qualification and suitability test that was never there before.

The second change was a reduction in how people who take a HECM can use their funds. There’s all sorts of structure preventing people from using too much of their credit too soon. The point of the reverse mortgage at the beginning was to help people smooth out what was coming in retirement over the years, and not in the soonest possible way that was often frivolous. HUD’s new rules and regulations encourage people to use their reverse mortgage prudently.

The rules have also been updated to protect non-borrowing spouses. Previously there were clients out there who used their reverse mortgages in a way that could harm a spouse who wasn’t on the title of the house. When the spouse who was on the title died, the other (who was not on the title) would have to move out if she couldn’t pay back the reverse mortgage. Now there are rules and regulations preventing displacing non borrowing spouses. That’s true even if the surviving spouse is significantly younger, for example a 45 year-old married to a 65-year-old.

These new rules are welcome in the industry. The majority of lenders don’t want to provide a reverse mortgage if it’s going to be harmful. The whole point is to help people have another asset to help them get through retirement comfortable and safely.

Why would someone choose a reverse mortgage over a traditional HELOC?

There are advantages to a HECM over a HELOC. For example, back when the housing bubble burst, people who had a HELOC wanted to use that money to see them through the bad times, but the bank was having bad tines too, so the banks yanked the line of credit. That can’t happen in a HECM because that line of credit and it can’t be canceled, reduced, or frozen.

A reverse mortgage also protects you from declining home values in a way that a HELOC does not. With a HECM, all the calculations are based on the value of your home when you made the loan. So even if the value of your home declines, your credit capacity is still able to grow every year and usually even keep up with inflation.

There’s also a lot more flexibility in how you pay interest and principal on a reverse mortgage than there is on a HELOC.

Who should not get a HECM?

If you are a client who is going to have a difficult time to making your tax or insurance payments do not take out a reverse mortgage.

The ideal candidate is starting to look at lot different than our original clients. That’s partly because the upfront costs used to be high, but now people are able to negotiate those down by talking to different lenders. Now a good candidate is anyone entering retirement who may want to reserve the right to have access to their home equity in the future, Remember, you don’t have to spend the money just because you set up the HECM. It’s just there compounding in value and down the road you make a decision depending on what your other assets are doing and you can use it or not depending on what makes sense. The idea is to use it in a proactive and prudent manner so you’re not wasting an asset, just like you’re not wasting any other. You can look at housing assets just like you’d look at any other asset, like Social Security, bonds, Roth IRA, stocks, You can line them up in front of you and say “Okay, this year what does it make sense for me to use?” 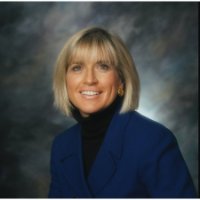 In addition to being an instructor with the American CE Institute, Shelley Giordano founded and serves as chair of the Funding Longevity Task Force and is currently the principal of Longevity View Associates, a reverse mortgage consulting firm. She has developed a series of calculators to help planners assess housing suitability in retirement. Shelley lives in Washington, DC where she advocates for financial literacy with Women in Housing and Finance.

Shelley has participated as a panelist in the White House Conference on Aging, and served as a speaker for the ABA, NAHB, CNNfinancial, and numerous other financial groups.